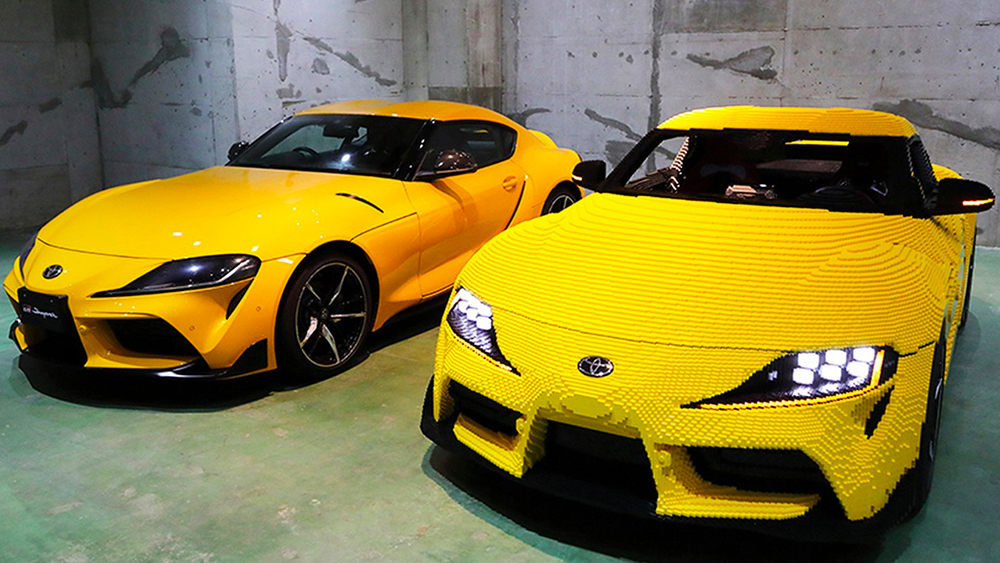 An incredible 1:1 scale LEGO Toyota GR Supra is made out of 477,303 LEGO bricks and consumers love it!

The life-size model of the popular sports car was created in a three-way partnership between Lego Japan, Legoland Japan and Toyota Gazoo Racing to celebrate the 35th anniversary of the Toyota Supra.

The wheels, drivers seat, steering wheel and gauge cluster were all sourced from a real life Toyota Supra, and it even comes with lights and matching paint.

The amazing scale model will be on display at LEGOLAND Japan up until October 11. It is then reported that the LEGO sports car will be exhibited at the Japanese Super GT racing series.

Lucky for fans, there is a smaller size replica of the Toyota Supra available to purchase, the LEGO® Speed Champions Toyota GR Supra (76901). This box set gives kids and car enthusiasts of all ages the chance to collect and build the iconic high-performance Toyota Supra.